Four years after Haiti ... a look at the state of #smem

For many, the Haiti earthquake of early 2010 marked the first global expression of social convergence. The use of social networks, crisis mapping, all operationalized with real impact on the ground reached a scale and effectiveness not seen before. Even in the days that immediately followed the tragedy, social media became a focus of the world's response.

Now, four years later, the use of technology in disaster response is a growing trend, in the Caribbean and across the globe.

There are few more convincing apostles of this revolution in disaster response/management than Patrick Meier (@patrickmeier on Twitter). He's writing a new book that will come out next year. That will be a must read.

Patrick has written many times about the relevance of social networks monitoring and information gathering in disasters: the value of big data. He's elaborated on his assessment of the evolution of SMEM and big data in emergency management ... and where it's going.

The determination of the relevance of crowdsourcing in large-scale disaster, of the usefulness of crisis mapping and the role of volunteer technical communities, is no longer based on anecdotal evidence. In the four years since Haiti, many academic studies have showed their strengths (and weaknesses). From the use of the Ushahidi platform to the creation of donation apps within hours of the earthquake, Haiti truly launched the era of digital volunteerism.

Since then, we've been able to see the exponential use of social convergence tools in disasters: Christchurch, Japan, Queensland floods, Typhoon Hayian. The examples on the global stage are numerous. But what about on a more tactical level? 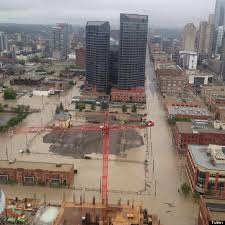 How is the integration of social convergence in emergency management programs across Canada and the US being measured? We've seen highly influential examples of the power of these new tech tools: in Boulder, in Boston, in Calgary ....  so progress is being made.

Obstacles remain though that keep the proponents of SMEM from declaring victory: the question of trusted agents and digital volunteers, integration of efforts such as VOSTs (Virtual Operation Support Teams), the operationalization of social data as info to support efficient decision making in crises. All these questions are still being debated daily in agencies and governments across North America.

Too often, the perception of social convergence is limited to the use of social networks as communications tools ... with total disregard for their fantastic ability to help organizations mobilize data and people.

In a series of blog posts on PTSC-Online, i expanded on my social convergence integration model. That's a six step process in adoption of new tools that will lead agencies/EMOs toward an optimal use of socially convergent tools and practices:


I even formulated a measurement matrix with input from trusted colleagues from around the world. A simple tool to help organizations gauge their progress.

That's because, despite the immense steps forward on the global scene, the real benefits of social convergence become most evident (in terms of resilience and faster recovery) when its tools are applied locally.

So where do you stand?

Posted by Patrice Cloutier at 7:14 PM No comments: Links to this post

14 issues that could shape 2014 for #smem and crisis comms


In the last couple of years, I've posted blogs early in January to set out what I believe will mark the coming 12 months for emergency management and crisis communications professionals. Before we get into 2014, let's look back!

In 2013, common themes were the effects of climate change and the changes in governments' approaches to mitigation and preparedness. While I was right on the money for some key aspects, I did miss the boat on others: large-scale cyber-terrorism still has to materialize.

For crisis communicators though ... my thoughts on how 2013 would be marked by the prevalent use of social networks were on target for the most part.

My outlook for 2012 was also heavily skewed towards cyber threats and our critical infrastructure. But I also took a broader look at some key geo-strategic/geo-political issues that are still relevant in many cases. 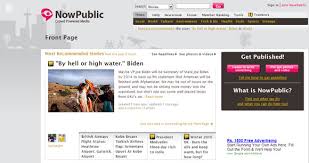 So ... the new year will bring us some challenges ... but as always, the most important quality of an emergency manager is flexibility ... It will certainly come in handy ... 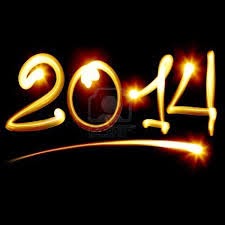 Posted by Patrice Cloutier at 6:53 PM No comments: Links to this post

The most socially convergent technology: Twitter ... the top #smem tool

We have reached the conclusion of this series. The trend readers will have noticed is that most of the 9 technologies listed so far have a close relationship with the one true social network for SMEM: Twitter.

By now, most of us realize that stories break on Twitter first .... whether a plane crash ... or some other important news event ... nothing beats it for speed.

In fact, the world turns to Twitter in large scale disasters.

That's why so many organizations now consider it as the primary tool for ongoing incident communications.


A clear indication of the growing importance of Twitter is the fact that more and more news organizations use to report and get sources for stories. And while it's not the only source of info among social networks, the amplification power and the typical Twitter audience make it a valuable tool. It's a fact that Twitter capitalizes on with an array of tips for news outlets.

For crisis communicators, it's an essential tool. Once they realize that traditional media should no longer be their primary info channel, they latch on to what matters: to be relevant in a crisis, organizations have to move at the speed of their audiences (social networks .... most often Twitter) or run the risk of being irrelevant.

And to have a chance to be heard among many conversations, they must use the tools their audiences use: mobile devices.

For emergency managers, the power of Twitter starts with it as an alerting/notification system .... with your followers amplifying your alerts. Twitter is making that even easier now.

The usefulness of Twitter goes beyond the alerting and communications realms. It brings enhanced situational awareness when organizations conduct effective social listening during emergencies.

It's also good to help find families and tell loved ones you're OK .... you can text in a tweet too:

I could go on but a lot of my writing here has been about Twitter ...so, to me, it's THE most important technology in the social convergence equation. That's why it sits on top in my countdown.

Number 2 on my countdown of the top 10 #smem tech: the monitoring platform 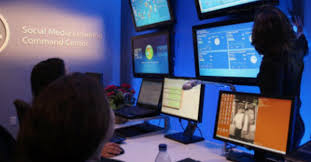 We're close to the number 1 tech ! In reality, the technology that sits in the #2 spot is as important as any other in #smem ... perhaps more important than most.

Key in social media engagement ... and growing more important by the day for crisis and emergency managers, is the ability to listen.
That's what makes social media monitoring (or listening) platforms so essential to any #smem effort.

Whether agencies/organizations go for the paid tools or the free services, the goals should be the same in a crisis/incident. There are five reasons you monitor social media in an emergency:


Fact is you don't need a high-tech command centre to do it (although it helps !). What you need is a section in your emergency response or crisis comms plan that details how you'll do it.  Other decisions include who's going to do the monitoring in your organization during a crisis? If you follow the ICS/IMS doctrine, will that be the PIO ? or the planning section?


My colleagues Gerald Baron, Bill Boyd and I are in the process of running a series of webinars on social media monitoring to help answer some of these questions.

Tools are all about comfort and finding a specific platform that fits your objectives and is easy to use. My own preferences turn to Tweetdeck and Hootsuite. As a VOSTie ... I also liked Tweetgrid ... but that's gone ... however we adapted.

So what are the keys?

Fortunately, you don't have to re-invent the wheel. Lots of people can now share valuable lessons learned from recent experiences. Heck, if you're an emergency management organization, volunteers can even do some of the work for you!

Top 10 #smem technologies .... at number 3: the IPhone/Ipad (and Android) powerhouse

Nothing has had a more significant role in putting the power of social convergence into the hands of ordinary folks and emergency managers alike, than the IPhone (followed by the IPad and Android over time). Because of the Iphone, smart and superphones are now nearly ubiquitous. That has helped turned millions of people into additional sources of data for emergency and crisis managers.

This phenomenon has a particular impact on crisis communications:

As my good friend Gerald Baron explains in the video above, a whole new flow (flood ? ) of data is available to emergency managers, crisis communicators and business continuity specialists when "it" hits the fan.

In my opinion, emergency managers have to embrace social convergence and the prevalent use of mobile devices by the people they serve. It's actually happening. Here are a few examples:

Are mobile devices perfect? No. Does the use of mobile devices turn us into blind automatons? Maybe ... Is reliance on mobile networks a risk in large-scale disasters? It could be ... but solutions are being put together.

Risks and possible obstacles should not impede the adoption of mobile tech and social convergence as a whole by the EM community. There are just too many positives to ignore!

A critical selling point is the resilience-building aspect of the use of social media and mobile technologies. That fact alone warrants putting the Iphone/Ipad and Android devices at the number 3 spot in my list of top 10 #smem technologies.