I recently produced a three-part series of posts on the integration of socially-convergent tools into emergency operations centres and incident command posts. This week, I had the occasion to take part in very interesting discussions on how to integrate the work of digital volunteers using social convergence with official efforts from EMOs and government agencies.

The meeting was to prepare an experiment that will look at fostering that integration across Canada (and the US too ! ). It's part of the broader CAUSE III program. The experiment in Halifax (Nova Scotia) will also coincide with the Red Cross Disaster Management Conference.

Now during the meeting this week, long discussions occurred around how best to manage the flow of data/info created by digital volunteers during emergencies. Whether it comes from global organizations/Volunteer Technical Communities or VTCs (Standby Task Force, DHN, Geeks Without Bounds, etc) or local Virtual Operations Support Teams (VOSTs) or even spontaneous collectives, that input needs to be part of the situational awareness equation in EOCs.

While everyone agrees on the benefits (better info to support decision making and online engagement), the question of the place to give to the info provided by digital volunteers  in the EOC or command post remains. 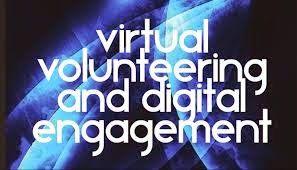 I stated on many occasions that my belief (especially as a leader in CanVOST) is that VOSTs are well positioned to be the link between VTCs and the emergency management community, But, the VOST main mission is still to provide surge capability to monitor the social sphere during incidents.


But the debate rages on:


Part of the experiment will be to provide some possible answers to these questions as VOSTs (CanVOST and other teams in the US) will be involved, as will VTCs (notably CrisisCommons).

Here's a look at how it's happened so far.