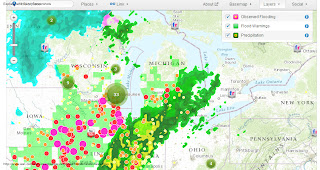 So, I'm my humble opinion, Michael was right and the New York ham radio folks, as well motivated as they are (and with a long list of accomplishments ...) were on the wrong side of digital collaboration on this one. What do you think?
Posted by Patrice Cloutier at 7:34 PM