For true believers, the VOST (Virtual Operations Support Team) concept is already a proven, effective emergency management tool. There are now teams around the world and more are coming online ( such as in Germany) to help monitor social networks during disasters/incidents. 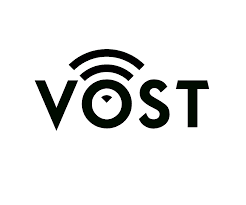 But for many emergency managers, the digital volunteer world remains somewhat of a mystery ... not distrusted as such ... but the subject of some hesitation in the path of acceptance. Thankfully, that number is diminishing as social convergence takes hold in emergency management agencies.

I've written about the relationship between digivols and agencies in the past. But, here are seven principles I believe could spur the collaboration between VOSTs and emergency management agencies, EOCs and even first responders, They require involvement and openness from both sides:

Engagement
It all starts with communications and outreach.
For VOSTs: leaders should actively promote their team and capability to local authorities, state/provincial agencies and even NGOs. Meeting face-to-face (or IRL) will help build trust for future virtual collaborations. A quick presentation might help do the trick and showcase VOST capabilities.
For EMAs/EOCs: PIOs (because they are often the conduit with outside stakeholders) and other emergency managers should find out what digital volunteer organizations are active in their jurisdiction ...Is there a VOST in your state? Or an existing group of volunteers who could add a digital component to their support?

Accessibility
In terms of explaining what the relationship between VOSTs and EOCs/EMAs could bring for both parties.
For VOSTs: because team members are also often members or very familiar with other volunteer technological communities, VOSTs can act as buffer and intermediary between digivols and official agencies.
for EMAs/EOCs: that particular aspect of the VOST role could mean a one-window approach into officialdom during disasters/emergencies ...something officials really like (especially to minimize their perceived risks).

Understanding
Many VOST members/leaders are experienced EM practitioners and know what kind of support an EOC might need.
For VOSTs: translating EM experience into the digital world helps professional development and allows team members to stay current with tech adoption such as crowdsourcing, crisis mapping and data mining for disasters.
For EMAs/EOCs: when working with a VOST, official agencies and EOCs can tap into a brand new pool of available expertise with a knowledge of their basic language, ops cycle and so on ...

Effectiveness
The use of digivols by official agencies can provide them with a better understanding of how incidents evolve and how their stakeholders are coping
For VOSTs: teams need to have the ability to provide their client (local/state EOCs for example) with actionable intel such as regular reports (routine for each EOC ops cycle, command for each 4/6 hour period, urgent for life/public safety threats). This is based on data aggregation, info and trends analysis from the VOST listening operation.
For EMAs/EOCs: receiving reports highlighting trends in social conversations related to an emergency, with relevant examples (pics, videos, maps) goes a long way in proving the value of digivols to incident commanders or EOC managers/directors ... it eliminates SOCIAL NOISE ... transforms it into ACTIONABLE INTEL which leads to better decision making and a better allocation of strategic resources.

Building Capacity
Sharing strengths and maximizing resources
For VOSTs: the key aspect of VOST interventions is the ability of team members to operate outside the area of operations ... be self-sustainable and quasi-autonomous ... they bring value to EOCs without adding to the burden of emergency managers handling things locally.
For EMAs/EOCs: in a world where financial and other resources are very limited, pre-existing arrangement for the activation of a VOST team can lead to great leaps in surge capability for local agencies/EOCs. People can be assigned to other duties ... for example, often freeing up the PIO for more direct engagement and emergency info work with the public.

Exercises
Because working together brings trust
For VOSTs: a regular exercise schedule and collaboration with official agencies helps teams retain volunteers, offer training and build experience. It's a must for any team wanting to establish official links. CanVOST was really lucky to take part in the CAUSE III Canada-US experiment a couple of years ago. It opened many doors.
For EMAs/EOCs: exercises bring familiarity with the workings of digivols and VOST teams. Better, it brings acceptance so when the real deal comes ... that operational link and clear expectations are already there. Again, the CAUSE III initiative helped that understanding along on both sides of the border at the local, state/provincial and federal levels.

Technology adoption
Digivols are often at the leading edge whereas official agencies can lack behind ...VOSTs can help bridge the gap.
For VOSTs: most team members stay current on social platforms people turn to during an emergency ... stay abreast of new monitoring tools ... are alert to changes in social behaviour ... they use new tools all the time for inner team workings and for virtual collaboration. They can bring that awareness to official agencies.
For EMAs/EOCs: working with VOSTs offer a brand new window on tech changes that impact emergency management and allow officials to stay better connected and informed about the needs of the people they serve. That breaking down of barriers (in terms of tech adoption and aversion to risk by officials) is a key by-product of collaboration with a VOST.

I'm sure there are many more concepts that could be introduced here but the point is that the EM table keeps expanding and digivols bring value to any EOC.

A note: I remain forever grateful for the work of VOST pioneers (Jeff, Cheryl, Joanna, Caroline, Scott, Marlita, Marina... and many others ...) as well as the leadership of CanVOST (Guylaine, Corey ...) for helping me learn over the years.

Posted by Patrice Cloutier at 6:17 PM No comments:

When the boss IS the crisis ... survival tips for the communicator

Successful leaders and executive have achieved their status because they most often drive the agenda. They set the tone. But what happens when they no longer "drive the show"?

In some cases. senior executives, elected officials and other leaders have a hard time dealing when events dictate their actions. It's reality that might be foreign to many of them.

And, when the "boss" makes the crisis worse (or even creates it ...) the challenges are multiplied. Think of how long it took the leadership of the railway responsible for the Lac Mégantic disaster to occupy the public space following the event: dozens dead, a downtown destroyed and a communications response so pathetic it's now a case study in what NOT to do:

Even months later, the "boss" still hadn't got it:

Another example, is the aftermath of the BP Deepwater Horizon spill in the Gulf ... Sometimes, leaders need to understand that it's not about them:


Also, in many occasions, the "boss" IS NOT be the best spokesperson:


That was clearly a language issue but the reactions were still predictably angry.

Leaders with a social media presence can also put themselves in hot water.
Kenneth Cole did it:


And some guy running for POTUS thinks he's a master of Twitter too:

And that brings us to Donald Trump ... The GOP candidate is a crisis creating machine all on his own.

Defending his positions is a challenge that is also obviously beyond the expertise of his main spokesperson who mixes up historical facts, invents false stories and appears as separated from reality as her boss.

In a crisis (as in politics), confidence and projecting an air of authority is critical ...when your actions result in the opposite ... well, you get this.

So what's a real communicator to do? Here are five things that can help:


And if all that fails ... it should leave you with only once possible course of action: bailing ...


Posted by Patrice Cloutier at 10:27 AM No comments: