Fifteen for '15 ... what the year holds for crisis comms and emergency management

As I've done in recent years, I'm gonna look into my crystal ball (an Xmas gift ! ) and list some issues/trends that could mark 2015. But first, let's look at how I did in recent years (you can take a look and see if I was off the mark ! )

Here's my outlook for 2014 ... in one word: SOCIAL ...
in 2013, the focus was on climate change for emergency management and on social listening for crisis communications.
In 2012, critical infrastructure caught my attention. 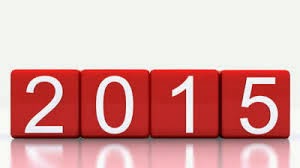 1. Social media will become the primary emergency information channel during disasters (it is already in many places) ... This doesn't mean that other channels won't be used but agencies will now realize that social convergence (mobile + social) is a fact of life for their audiences. So ... move at the speed of social media to be relevant ... use the tools they use (mobile devices) to have a chance to be heard.

2. Digital volunteers (large, global VTCs like CrisisMappers, STBF or Humanity Road ...or VOSTs) will be strategic assets growing in importance for humanitarian response worldwide and for local emergencies. Here's a recent piece detailing this phenomenon.

3. Resilience might well become 2015's word of the year in EM. The fact is, resilience is now almost a synonym for "innovation" in the face of diminishing budgets and lack of resources that most EM agencies face. So, the solution is to look at a "whole-of-community" approach. That's not a bad thing at all if individual/community preparedness is enhanced and all the tools for speedier recovery are in place. That's something the Rockefeller Foundation in the US is supporting. And that's clearly an area where social convergence can play a key role.

4. Law enforcement's use of socially-convergent tools for operations and crisis communications will continue to grow. In the wake of Ferguson and New York City, police services will realize that they can harness social media to better communicate and better understand/gauge public sentiment resulting from their operations. Silence and tone deafness is NOT golden for the folks of the thin blue line.

5. Cyber-attacks will continue and expose the vulnerabilities of critical infrastructure. This is a huge threat to our very way of life and all the comforts we enjoy could be taken away in a few clicks of a mouse. This goes way beyond the Sony hack. It may affect nuclear power plants ... or industrial sites (potentially causing explosions/chemical leaks) ... or threaten the stability of the electrical grid.

6.In the same way, social networks will become the primary emergency information tool, social media platforms will be the principal crisis communications response channels. And that means organizations facing a crisis will need to become their own broadcasters ... on multiple platforms and not rely on the legacy media to get their messages out. Think about all the new social tools out there: Kik, Whatsapp and others which are the new "it" tech.

7. EM agencies and other public sector organizations dealing with crises/disasters will realize that pulling resources together is effective. Social command centres will become common place as will "social media fusion centres" ...ad hoc social hubs where cooperating agencies will collaborate in social listening. This in fact, should be a primary role of any Joint Information Centre (or JIC) set up for important disasters. (The truth is that fusion centers are already doing SM listening on a huge scale.)

8. 2015 will be the year of the drone ... in emergency management (for response, recovery), search and rescue. for EMS and for fire departments. Drones will become far more common because they bring more info to incident commanders and that's the most valuable of all commodities during emergencies/disasters. And the tech goes well beyond drones ... with robots now coming into the mix.

9. The new year may also be the year of the "lone wolf" and "cyber" terrorists. Lots of reasons behind an increasingly disenfranchised cohort of young men (mostly) ... who turn to radical Islam ... How do you stop a plot of one ? How do you stop someone with advanced computer tech from launching devastating cyber attacks?


10. The concept of information as aid will enhance even more the importance of telecommunications following disasters. Focusing especially on mobile devices, restoring lifelines will become an even greater response priority. Drones, balloons and mobile communications systems of all sorts (mesh networks) will be brought to bear and help restore comms. And the role of the private sector in this cannot be overstated. Many large firms are leading the way in terms of empowerment of communities across the globe and getting them prepared and more resilient.

11. Mobile is the future of public alerting. This year will mark the further concrete application of this maxim. Mobile tech is impacting every facet of our daily lives. From driving in our new cars, to how we consume information, the changes are coming hard and fast ... and there's no going back. This applies to how governments and agencies warn their residents of impending emergencies too. 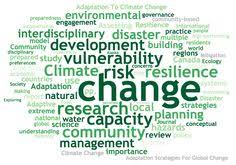 12. Climate change (and no it's not called "global warming" ! ) will continue to impact EM. The "new normal" is for more frequent severe storms with greater damages ... from tornadoes to severe drought ... brush/forest fires ... the pressures on emergency managers will continue in both the short and long term.

13. Crowdsourcing the news will further highlight the need for speedy crisis response in 2015. When everyone is a reporter (armed with a camera in their smartphone) ... news travels fast ... much faster than traditional news network can make it happen (although they try). Organizations will have to factor in the need for responding promptly (even though they might not have all the info they need) when a crisis erupts. Here are some tips on how to deal with "social news".

14. The integration of social media in emergency management and crisis communications exercises will become common place. There are more and more closed-loop platforms and services that can offer a safe environment to test your SM monitoring and engagement chops. This was the focus of a recent US-Canada exercise ... a successful one at that.

15. Finally, 2015 will be marked by greater instability in the greater geo-strategic and economic spheres (what will Russia do? ... what does the falling price of oil mean?) and the inevitable "black swan" events ... the unforeseen event that will test us all (Ebola anyone ? )


Posted by Patrice Cloutier at 2:33 PM