Being prepared helps ... for a debate and during a crisis 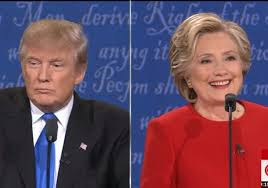 By all (the sane) accounts, Hillary Clinton walked all over Donald Trump during Monday's first presidential debate in the US. The consensus seems to be that the "Donald" was not as prepared as he should have been.

Now his campaign is spinning all sorts of fantasies ... from mediator bias, to faulty microphone and big bad Google censoring anti-Clinton stories. Off-the-record though, the fact is that most of his advisors are appalled by his lack of effort to be ready. Bluster will only carry you so far. 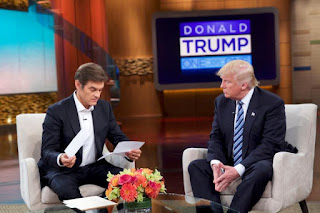 Even if politics has morphed into entertainment ... where the prize of the reality TV show that is the 2016 campaign is the White House ... Where late night talk show hosts and TV doctors are part of the process ... Playing for the camera is key. But even the most solid "command of the stage" can't hide being unprepared ... At first, I thought expectations were so low for Donald Trump that he only had to show up not being drunk ... and not in his underwear ... to win .... I didnt' expect he's show up TRUMP!

Only one person was ready ... prepared ... poised. Clinton nailed it with knowledge of the issues, a stateswoman-like demeanor and an understanding of how the debate worked."Sniffles" Trump ? Not so much ...

Now, imagine that your company/agency/organization is facing a crisis ... and despite all your efforts to have a solid crisis comms plan in place ... the Boss decides to wing it ... Do you run for the hills? Or do you stay to try to have any semblance of influence over what the approach and messaging would be?

Tough question ... the reality is that the Boss is not always the best suited spokesperson during a crisis ... But convincing hard-charging, agenda-driving executives that they lack the training and poise to do it ... might well be impossible and even career ending.

But you still need to do your job. The debate was a good illustration of what needs to be done: Anticipate, Prepare, Practice. Those are the guiding directives behind the crisis communications technique of message mapping.

There are about a million political operatives who have been working on anticipating issues and concerns ... from the public ... about the candidates ... and their vision. They know what's likely to be asked or brought up at a debate. They have answers prepared ... they drill the candidates in mock debates ... subject them to incessant questioning, interruptions and even downright hostility. All in the name of being ready.


A huge component of trust is competence ... As well as clarity of messaging and transparency ... these principles all go together in various degrees. Here's a document that might help your crisis comms planning.

Finding the right mix in a crisis is key ... Anticipating, Preparing and Practicing will help you find that right composition ... often by trial and error.
Posted by Patrice Cloutier at 12:47 PM