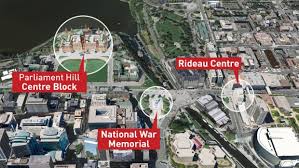 The events in Ottawa were certainly troubling. I mean, this is Canada for pete's sake! If you add the incident in Québec a couple of days before ... the beginning of a pattern can be seen. I hope I'm wrong but radicalization might be a bigger issue than we first thought.

As many other poeple, I was thoroughly fascinating by the ongoing incident. As a professional communicator, I paid particular attention to how emergency information was being handled by the key parties involved: the RCMP, the Ottawa Police, the Prime Minister's Office and others.

Seven observations or questions popped up in my mind.

At 11 a.m. the Government Operations Centre emailed government employees that "a situation is unfolding that compels all employees to shelter-in-place. For employees' and your own safety, PCO (Privy Council Office) is requesting that employees DO NOT exit their building until further notice and are to wait until they receive further instructions.

Condolences to family of the soldier killed, & prayers for the Parliamentary guard wounded. Canada will not be terrorized or intimidated.

While at the same time ... encouraging witnesses to come forward ... with pictures and videos ...

RCMP National Div @RCMP_Nat_Div · Oct 22
Anyone who has pics or videos of the sequence of events, surrounding today's shootings send to police at this link http://rcmp.ca/-hSn

Every time something like this happens, I learn more about how to properly conduct a real-time social listening operation: running a geo-fenced searched updated constantly, finding the right hashtag/keywords to monitor, determining who the credible and prolific sources are, dealing with retweets, etc... it may be difficult but IT MUST BE DONE!

In addition, there is only one real lesson in the events on Wednesday: it'll take more than one crackpot with a gun to shake the confidence of a nation. 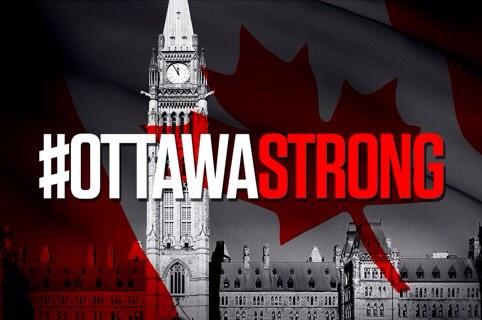 Posted by Patrice Cloutier at 7:56 AM