It's absolutely fascinating to see how "fearbola" is gripping North America. In both Canada and the US, the divide between actual risk and the public's perception is of, well, continental proportion. Just look at this piece (actually scary ..) to judge for yourself.

But why is that? More people have died from the EV68 outbreak ... ICUs in many hospitals are overwhelmed with mostly kids affected by the particular virus ... and meanwhile, the media and the public is left in a state of high anxiety from fear of a disease that has much chance of spanning the next pandemic as I have of singing Il Paliacci at the Metropolitan Opera.

Just think, thousands of people are going to die from the flu this winter ... and yet, no panic about that ... a sense of perspective is largely absent from the public debate.

So how can organizations bridge the gap? How can they conduct effective risk and crisis communications related to the ebola scare?

I'd humbly suggest that the answer lays in three main areas:


These three areas apply to all types of organizations trying to combat "fearbola":
For hospitals, the goals should be to:

For public health agencies, the focus should be on: 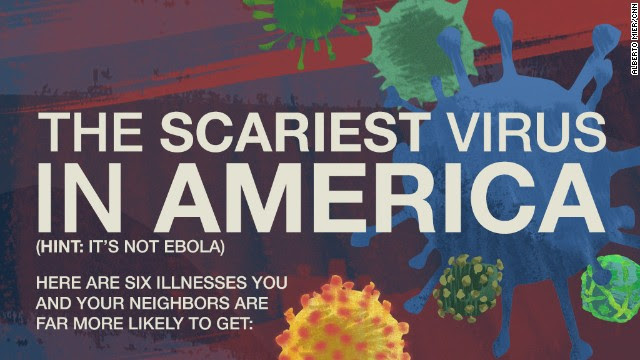 For government and emergency management agencies, the priorities should include:
In other words, in the current "fearbola" outbreak ... focus should be on eradicating that particular form of mass hysteria.

Doing other things that differ from these key priorities might actually be detrimental. Experts might tell us that the public worry is over the top, but comms professionals cannot let anything get in the way of dispelling rumours and addressing the concerns of Canadians and Americans.

I just pray that Ebola does NOT turn out to be airborne ! (then a wholesale message reset will become necessary ...)
Posted by Patrice Cloutier at 8:55 PM