We had a fantastic meeting today in Ottawa with the Department of Foreign Affairs and International Trade (DFAIT) ... Canada's version of the State Department. The purpose of the meeting was for the department to learn more about the Volunteer Technical Communities who do mapping and crowdsourcing during crises and how this process could help Canada assists its citizens abroad in disasters. The other benefits are related to giving more evidence to decision-makers in Ottawa regarding disaster response and diplomatic staff security.


I was honoured to have the chance to talk about the broad applications of technology in crisis and emergency management. I was even more honoured to be asked to speak in a meeting involving such respected figures as: 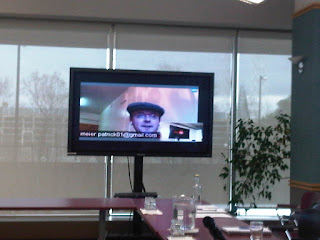 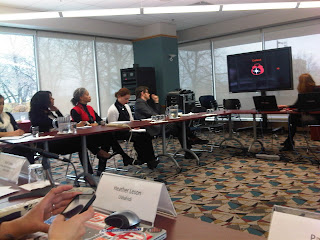 Some of the points that were made:

My presentation concluded the formal part of the meeting before open discussions. My key points were focused on the following;
And,finally, the need for agencies and governments to move at the speed of their audiences and use the tools they use ... or face total irrelevance ...

that got lots of attention ...

a very good meeting ...
Posted by Patrice Cloutier at 3:48 PM